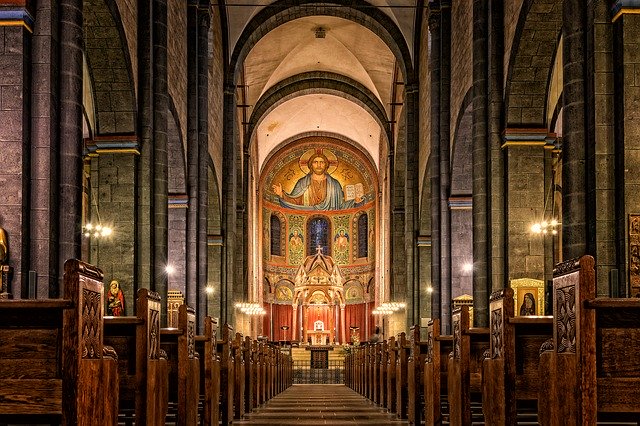 Do you remember when you were a kid and someone would either read or tell you a good story?

Do you still remember some of those stories?
I’m sure you do.

I have no idea where this story originated or I would certainly disclose the source.

Once upon a time there was a little boy named Charlie.
And everyday Charlie would walk to school in a big hurry.

He always seemed to be running behind…

And one of the things that Charlie would do on his way to school is stop off at the church that was right beside the school.

He was only in there for about 10 seconds.

He would kneel down in the very last pew, and he only said 5 words.

The 5 words Charlie would say were:
“Hello Jesus, this is Charlie.”
And off to school he went.

Well, because of this little habit, many times Charlie would be late for school and would have to stay after as a punishment for being tardy.

Charlie did this even on days when he would have been on time, had he not stopped at the church.

Yep, everyday… rain or shine Charlie insisted on stopping in the church to say his 5 words…

Hello Jesus, this is Charlie.

Well one day when Charlie was again rushing to school he made a bad decision when crossing the street and there was a terrible accident.

The driver of the car didn’t mean to hit Charlie and did everything he could to stop.

An ambulance was called but by the time they arrived Charlie had already drawn his last breath.

And what do you suppose were the first words Charlie heard after he passed away?

Hello Charlie, this is Jesus.

I hope you enjoyed that story.
I know I was just a young boy when someone told it to me,
and I’ve never forgotten it.

My Favorite Scriptures
When You First Wake Up
I'd Rather Watch a Winner
Share This:

20 Attend to my words, incline your ear to my sayings.

21 Do not let them depart from your eyes; keep them in the midst of your heart;

22 For they are life to those who find them and health to ALL their flesh.

What Would Jesus Sing (video)